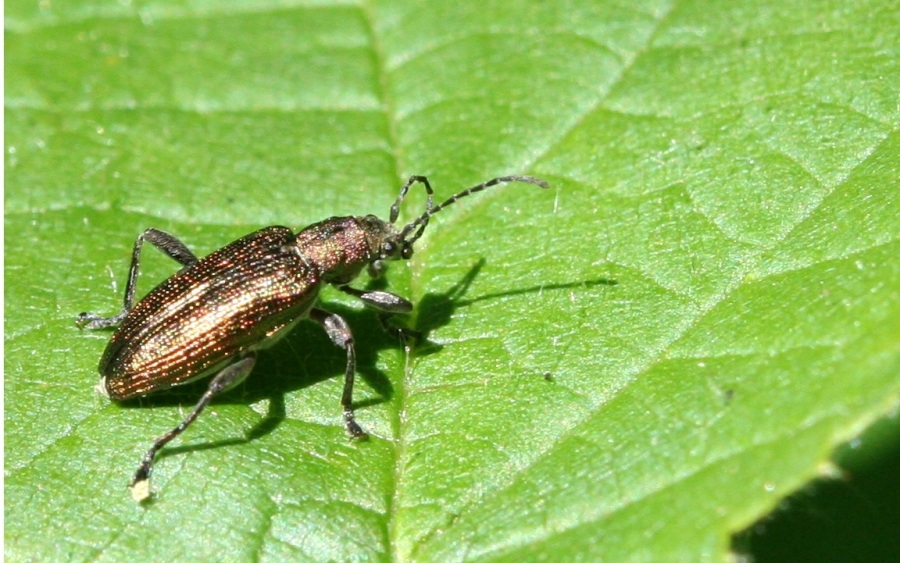 Imagine that you’re standing in the very centre of a large city complete with roads, skyscrapers, traffic, noise and pollution. How much wildlife is there around you? How many species are there? How much of what you see is native?

Now imagine you walk in a straight line out of the city, for every mile you walk you stop and observe the wildlife, You count how many species there are (species richness) and how many individuals of each species there are (abundance). What you are measuring is biodiversity, the straight line you are walking along is a transect. By studying biodiversity at regular points along the transect you are able to observe changes as the habitat becomes increasingly rural, in turn this allows you to determine what effect (if any) the city has on biodiversity.

So, what might you expect to find? Does biodiversity increase or decrease in response to urbanization? Are different species found in cities than in rural areas? Is there no change at all?

Sadly, it is often the case that urbanization causes biodiversity to decline. As cities grow vital habitat is destroyed or fragmented into patches not big enough to support complex ecological communities. In the city, species may become endangered, or even locally extinct as previously natural areas are swallowed up by the urban jungle. In the United Kingdom for example, an increasing human population density, and the resulting increase in urban development were found to be the cause of 35% of scarce plant species extinctions in the counties surrounding urbanized areas (2). Similarly, in the United States urbanization has been found to be directly responsible for the endangerment of 275 species, only invasion by non-native species had a greater impact causing 305 species to become endangered (1). Ironically it is urban growth that is often responsible for the introduction of non-native species, either accidentally (e.g. the brown rat, Rattus norvegicus), or deliberately, for food, pets or for aesthetic reasons. Non-native plants for example, are often planted in urban and suburban gardens and subsequently “escape” into the wild (3).

Why does biodiversity decline in urban areas?

The growth of cities may cause biodiversity to decline by fragmenting or destroying large areas of natural habitat on which many species depend. The rising human population is driving the expansion of urban areas and increasing the demand for natural resources such as timber and fossil fuels. This inevitably leads to habitat destruction which has been called “the largest factor contributing to the current global extinction event”(4). The rate of urbanization is alarming, for example, in the city of Concepción, Chile, 1734ha of wetlands and 1417ha of agricultural land, forest and scrub was lost to urban development between 1975 and 2000 (5). Similarly, in the United States the amount of urbanized land has increased year on year since 1970. Over 5% of the US land surface is now urbanized, substantially exceeding the combined total of both conservancy and national park land cover (3).  Although there are many causes of habitat loss, urbanization has been shown to be one of the most damaging in terms of numbers of species lost or threatened (2).  Numerous studies have found that both the richness and abundance of native species including plants (1), mammals (6), insects (7) and amphibians (8) decrease in response to urbanization.

Closely related to habitat loss is habitat fragmentation which can be defined as the transformation of a large and continuous habitat into many smaller, isolated habitats. The expansion of cities causes the fragmentation of large areas of natural habitat through the construction of roads, houses and industry. In many cases all that remains are small remnant patches of the original habitat contained within the confines of the city. Biodiversity is greatly reduced when large areas of natural habitat are fragmented. Small habitat patches are unable to support the same level of genetic or taxanomic diversity as they formerly could (9), while some of the more sensitive species may become locally extinct (4).

How severely fragmentation affects biodiversity depends to a large extent on the size of habitat patch that remains. Many species require large contiguous habitat patches in order to maintain stable populations. Smaller patches therefore typically contain fewer species than do large patches. As an example, a study in the US looking at forest birds in fragmented and contiguous forests found that in fragmented forests brood parasitism and predation on the birds significantly increased whilst reproductive success declined (10). Similar effects have also been shown for reptiles. Predation pressure on the lizard Psammodromus algirus was found to increase as patch size decreased leading to the lizard’s  extinction in small patches while populations in large patches remained viable (11). Small patch size can also have genetic effects for example, it was found that populations of the plant Trillium camschatcense had much lower genetic diversity in fragmented habitat compared to those growing in contiguous habitat (12).

Understanding the impact of small patch size is critical for scientists and conservationists alike if biodiversity is to be preserved. However, it is not the only factor in need of consideration. The distance between habitat patches and the quality of the intervening land also have significant effects. For example, two closely spaced patches of woodland habitat separated by farmland are likely to be much more biodiverse than the same habitat isolated on either side of a city. Populations occupying habitat fragments are rarely self-sustaining, rather they act as sinks relying on immigration from larger stable populations to remain viable. As a result poor quality intervening habitat or a high degree of isolation may substantially reduce the long-term survival potential of fragment populations (12). Different species have different requirements, some may be able to tolerate high levels of fragmentation and isolation while other more sensitive species may not. However, if we are to preserve biodiversirty for the future reducing habitat loss and fragmentation should be priorities.

In addition to the twin effects of fragmentation and habitat loss there is another factor working to reduce biodiversity in urban areas. Biotic homogenization refers to the replacement of regional native (and often endemic) species with non-native, invasive and cosmopolitan species. Often it is the same non-native invasive species that are found in many cities worldwide (for example the rock dove Columba livia could be considered a global species), the result is a high species overlap between areas of formerly distinct biota, the homogenization of biological communities and a decrease in regional and global biodiversity (13, 14).

The removal of native species from urban areas and their replacement with non-native species drastically alters the composition of urban biological communities, the ecology of cities is therefore very different to the surrounding undeveloped areas. For example urban bird communities are often composed of granivorous (seed eating) rather than insectivorous species (18), while insect communities have been shown to become more generalist towards the urban centre and more specialist in less urbanized environments (7).

The trend towards global biotic homogenization of urban areas poses a serious threat to local, native species in countries around the world. The importation and introduction of exotic species is changing biological communities by forcing out local indigenous species, which may not be so well adapted to the urban environment, and replacing them with globally common and widespread species. If we are to preserve distinct regional species the importation of non-natives species should be discouraged and the diversity of native and indigenous species promoted and protected.

Perhaps surprisingly, no. Although many studies have found that declines in biodiversity and increasing urbanization are strongly correlated (5, 15), research has also shown that in some situations biodiversity actually peaks in suburban areas for certain groups such as insects (7), and plants (6). For example, it was found that in the Finnish city of Vantaa the number of vascular plant species was much higher on urban wasteland than in the surrounding forest. The reason being that wasteland contained large numbers of non-native introduced plant species while the forest did not (20).

Three explanations have been proposed that may explain the suburban peak in biodiversity, (i) The import of exotic species into urban areas increases species richness at a faster rate than native species are lost. (ii) Urban areas contain a large number of widely different habitats at small scales such as gardens, parks and wasteland. Each of these may provide very different habitats and so support a wide variety of species, urban gardens in particular are highly variable with no two containing quite the same combination of plants. (iii) The importation of large amounts of water, fertilizers and food into urban areas provides the nutrients required to significantly increase primary productivity. This in turn supports larger numbers of individuals than would be able to survive otherwise. These three proposals are not mutually exclusive, it is likely that all three (and possibly other factors) play a role in increasing urban biodiversity (6).

I have been studying the effects of urbanization on biodiversity in the city of Leicester in the UK. By collecting arthropods along an urban-rural gradient I have been able to observe changes in species composition, richness and abundance. The diversity of arthropod communities then served as an indicator of the overall biodiversity of the sampling area.

Using sets of pitfall traps set at one mile intervals along the gradient, I collected just over 2000 arthropods belonging to more than 250 species over a period of one month. By identifying how many species and  individuals of each species were found at different locations along the gradient I was able to identify changes correlated with urbanization.

The aim of the study was to answer two questions. (i) Does urbanization affect biodiversity? And (ii) If so how?. Although these questions have been answered many times before the results have varied widely depending on location and experimental design of the studies. Previous studies have also often focused on a limited range of taxa such as bees (15) or plants (1), whereas this study aimed to examine biodiversity as a whole. Finally, with a few notable exceptions (1, 21) there has been little research of this type in Britain, the hope therefore, is that this study will provide an interesting insight into the response of Britain’s wild flora and fauna to urban development.

14 thoughts on “How does urbanization affect biodiversity?”